God ordered Moses to make an “ark of chittim wood”

by Moe | History of the Brotherhood, Meaning of Words | 0 comments

In the Scripture, Moses in the Exodus is ordered to come into the mount by God to create an “ark of chittim (shittim) wood” to place the 10 commandments of the law in. This reference to “chittim or shittim wood” has caused much speculation by various Biblical interpreters whom many have said that it was from the Acacia tree, but I have found that it was the cedar tree which was the most esteemed by the Ancient Hebrews (Phoenicians). 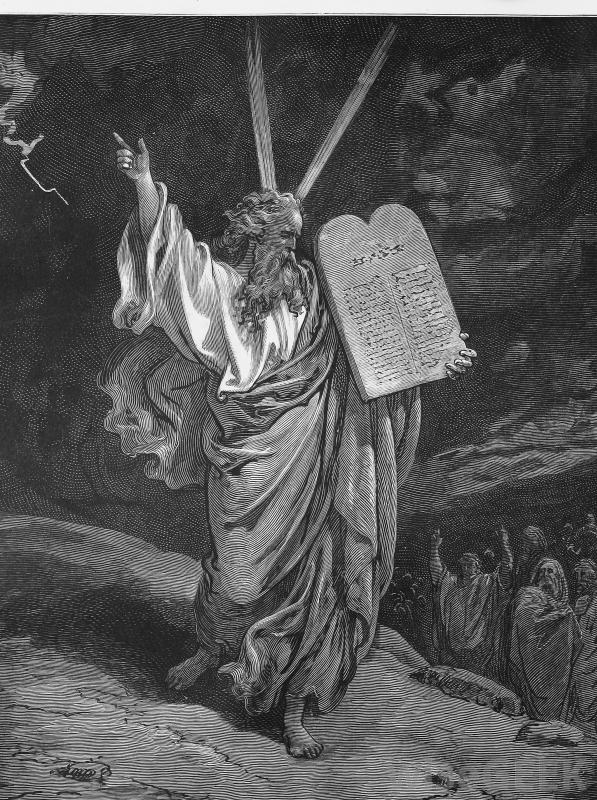 I had written about the importance of the Cretan Cedar tree (Cedrus libani) in my article, God’s Mountain: The Original Mason Mark of Judah, where I explain that this was their number one source of timber because it was one of the only trees they could build with that never decays nor rots. For this reason, the Hebrews held the cedar as sacred which they referred to allegorically in the Scripture as the Cedars of Lebanon and why the Ark of the Covenant for the Tabernacle was made of cedar as a symbol of eternity and why King Solomon used it exclusively in the building of the Temple.

This fact is evident in Isaiah when it is said of shittim wood; “I will set in the wilderness the cedar of Shittah, and the myrtle, and the wood of oil (Isa. 41:19); where “the cedar of Shittah” denotes a special wood they had used and venerated for both its beautiful aesthetics and also, more importantly, its long-lasting durability due to its resistance to rot (fungi/molds).

This is why great wood, especially cedarwood, signifies strength, truth, nobility, immortality, and the Roman Empire. Let me explain…

The Swedish Christian mystic and philosopher, Emmanuel Swedenborg had also connected the word cedar to Shiitah or Shittim. (1)

It was in a Shittim-bush that “the angel of the Lord appeared unto Moses in a flame of fire”— (Exodus iii. 2) and it is this wood that Ezekiel describes as brought “from the coastlands of Kittim” and in Maccabees 1:1, Macedonia is called Kittim (cf. 8:5).

These trees had grown in a special location that is called the “valley of Shittim (Chittim, Kittim etc.)” who Joel, when speaking of the glory of the latter days, had said, “And it shall come to pass in that day that the mountains shall drop down new wine, and the hills shall flow with milk, and all the rivers of Judah shall flow with waters, and a fountain shall come forth of the house of the Lord, and shall water the valley of Shittim.” (Joel iii. 18). Shittim is also mentioned by Micah (vi. 5), and also in the journeyings of the children of Israel, a place named Abel-Shittim is mentioned in the plains of Moab (Numb. xxxiii. 49).

In the Hebrew Bible, Abel-Shittim, Shittim, and Ha-Shittim (Numbers 33:49; Numbers 25:1, Joshua 2:1. Joshua 3:1, and Micah, 6:5.) is a very important location because it was also the forty-second encampment of the Israelites and their inter-marriage with the Moabite residents, the permanence of the Aaronic priesthood, and the final headquarters of Joshua before he crossed the Jordan.

A clue where this location may be is given by Josephus, who said that there was in his time a town, Abila, “full of palm trees”, near the Jordan River where Moses delivered the exhortations of Deuteronomy.

During the First Jewish-Roman War, Abila was captured by the Roman Imperial Army and was used by them to resettle deserters who had joined the Roman ranks. It was said that the people were ensnared in a Satanic plot of Balaam, who thus brought upon them greater evil than all his prohibited curses could have done (Numbers 25:1; 31:16). It was at this exact location where the Israelites fell into idolatry and worshipped Baal-peor, for which God punished them by killing twenty-four thousand persons in one day.

The Jewish Encylopedia describes this area as the following;

“We are told that “Moses, the servant of the Lord, died there in the Land of Moab, according to the word of the Lord; and he buried him in a valley in the Land of Moab, over against Bethpeor, but no man knoweth of his sepulcher unto this day. This name Kittim is also used in connection with Tyre and Sidon, which I have explained in previous research to be on the Island of Crete in Isaiah 23:1, 12. In other passages, Kittim refers not only to a city but also to a land (Isa. 23:1) and to islands (Ezek. 27:6) and in Jeremiah 2:10 mentions the isles of Kittim as the symbol of the western extremity of the world.

Moab also plays into the story of King Abibalus and his son Hiram given the fact that we find in the Scripture that they are the descendants of a Moabite widow and was a nation in which the city of Tyre which was also known as Beeroth (AKA Berytus, Berith, Beirut, Baruth). Beeroth is said to be of the Children of Jaakan (Jachin) and a city of the Gibeonites (Masons) Joshua 9:17; assigned to Benjamin 2 Samuel 4:2.

Eusebius says, Beeroth was seven miles from Jerusalem, toward Nicopolis. Jerome, writes Neapolis, or Naplouse instead of Nicopolis or The Holy Village of Ayios Nikolaos. It was located seven miles from Jerusalem, toward the city of Nicopolis. A city anciently called Neapolis and today as The Holy Village of Ayios Nikolaos, which is near a mountain known as Mount Ida (Idumeans/Judeans) but anciently called by names such as Gebal, Nebo, Sychar, Sichem, and Shechem.

In searching for the mountain Gebal and as I explained in a previous article, Giblim: The Bible’s First Masons in the City of Our Lord, this is where the Gibeonites had come from and were also known by such names as the Giblites or, in Masonic language, Gibalim or Giblemites which they say is synonymous with Mason.

When researching these names Shittum, Kittum, Chettum, and or Chittum, etc., I discovered that they are said to be descended from Javan, the ancestor of the Ionian Greek race who were also a seafaring people like their predecessors, the Phoenicians ie: Hebrews. The Ionians, I believe were a people of ancient Athens in Greece who were the descendants or cousins of the Phoenician royalty of Crete who may have entered into an ancient global confederacy to create the Roman Empire. For example, in Dan 11:30 – the “ships of Kittim” are well known to be those of the Romans.

As I have explained in my essay, The Gnostic Sethians, Josephus in The Works of Flavius Josephus uses the name “Chittim (Citium, Kittim, or Chethimus)” for these people having migrated from Phoenicia who possessed the island of Chethima and called Chethim by the Hebrews. He writes, “In the island of Cyprus there is still a town called Citium, which has an affinity in sound to Chetim.”

These Kittim AKA Shittum or Chittum, ie: Romans, I previously connected it to the Sons of Seth, who were also known in Gnostic literature as the Sethians. Descendants of the Egyptian Pharoah Seth, which is a name that can be found variously spelled and or corrupted throughout their long history as Kittim, Chittim, Chethim, Chethimus, Chusus, Chusaeans, Cush, Cethim, Cethians, Setium, Sethian, and or Heth to name a few. It is said they attributed their Gnosis to the founder of their race Seth who was the son of Javan, third son of Adam and Eve, and Norea, wife of Noah.

With that said, I believe that when it is said Shittum tree or Chittim tree, it is meant the Tree of Seth or Seth’s Tree which may also be called the divine Tree of Rome or the Roman Tree who today we can call the “Traditional Roman” planted in every nation upon earth.

As we read in Hosea 5:2, “They have gone deep in the evil ways of Shittim, but I am the judge of all.”

2. Other sources have links and or are referenced