The Bible introduces us to a substance in the atmosphere and fatness of the earth called the “Dew of Heaven.” It is connected to the Holy Spirit, the manna of Heaven, and wisdom. A symbol of material prosperity (Deuteronomy 33:13, 28; Zechariah 8:12), and its absence is represented as a sign of Divine displeasure (2 Samuel 1:21; 1 Kings 17:1; Haggai 1:10, 11) It is among the choicest parts of the earth (Genesis 45:18) and with it, we have plenty of corn and wine, which is the produce of the soil (cf. Deuteronomy 33:28). 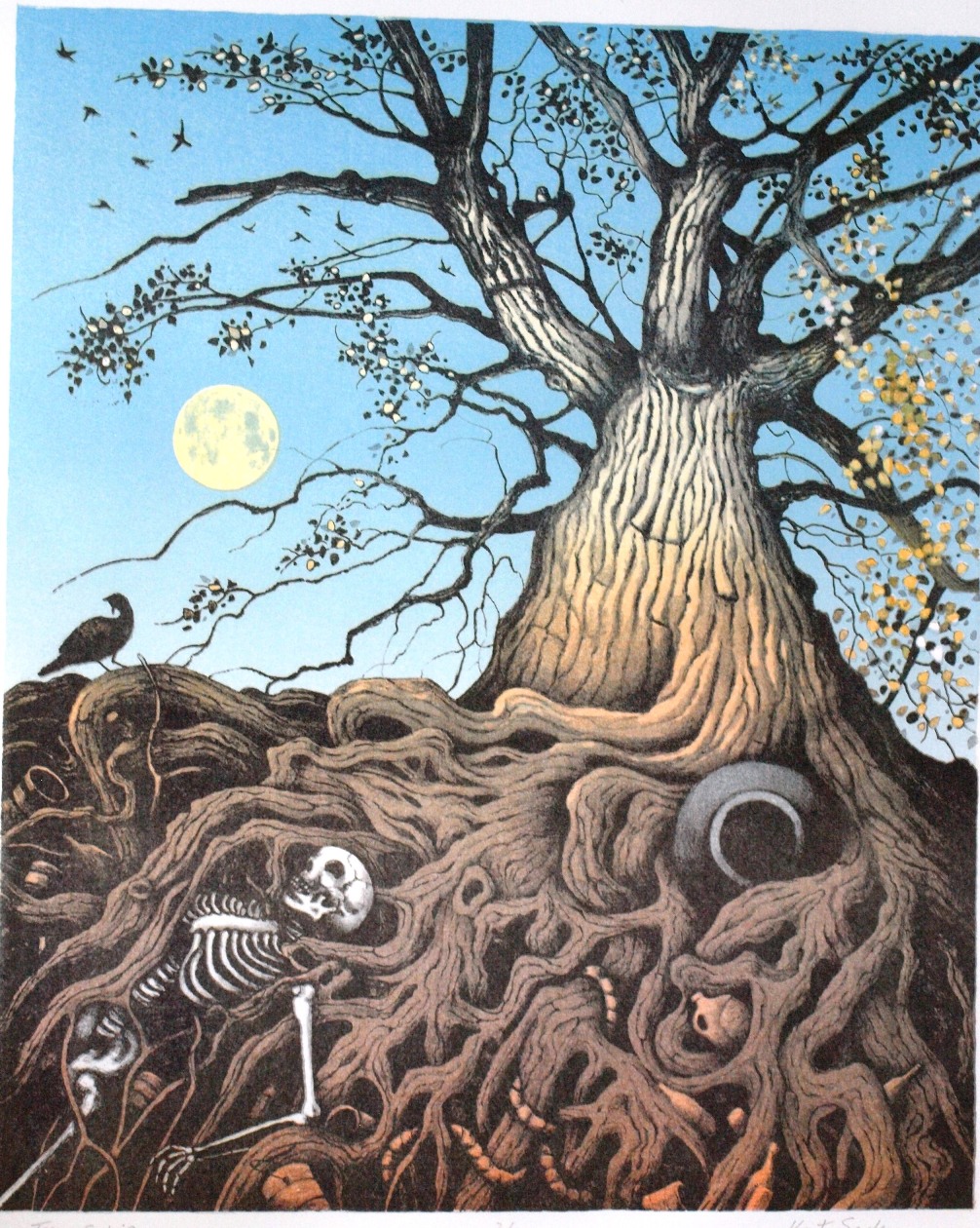 This peculiar Dew substance is also likened to a tree with its stump within the earth and part of the land that also could be drenched upon men turning them from a man into Beasts by taking over their mind as we learn in Daniel 4:15;

“He called out in a loud voice: ‘Cut down the tree and chop off its branches; strip off its leaves and scatter its fruit. Let the beasts flee from under it, and the birds from its branches. But leave the stump with its roots in the ground, and a band of iron and bronze around it, in the tender grass of the field. Let him be drenched with the dew of heaven and graze with the beasts on the grass of the earth. Let his mind be changed from that of a man, and let him be given the mind of a beast till seven times pass him by.”

In Deuteronomy 33:13, this dew reached to heaven and also lies beneath us – “And of Joseph he said, Blessed of the LORD [be] his land, for the precious things of heaven, for the dew, and for the deep that coucheth beneath.”

These Beasts i.e men like King Daniel were to live in darkness in the shadow of death bounded by what are called chains because they rebelled against the Most High God. As it is said in Psalm 107:10; “For He satisfies the thirsty and fills the hungry with good things. Some sat in darkness and in the shadow of death, prisoners in affliction and chains, because they rebelled against the words of God and despised the counsel of the Most High.” 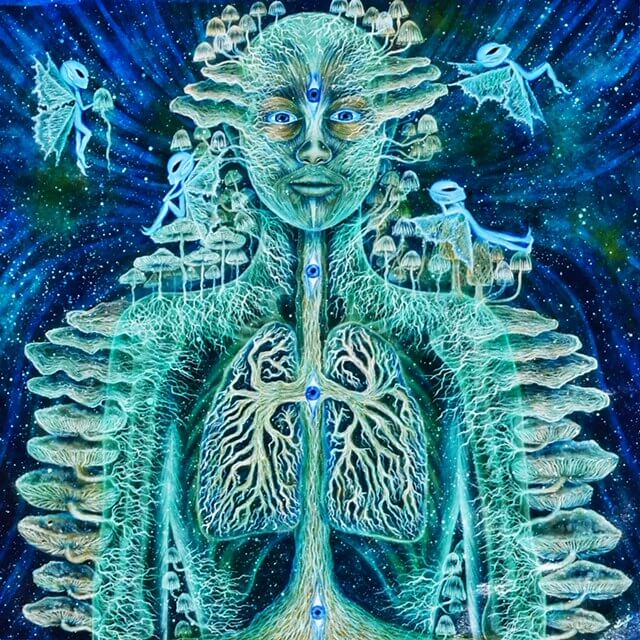 As I explained in my essay, The LORD of Hosts, The Most High i.e. God represents what is called the Supreme Being, the Creator, or Father of the world. While the word ‘LORD’ or Yahweh (Jehova) is a power, force, and or a person on earth having an honorary title that has influence and authority over others on earth and in hell ie the underworld. For disobeying these natural laws, people like Daniel were put under a spell or curse in which they live like Beasts and are unable to know God who is the ultimate ruler over humankind.

“This is the interpretation, O king, and this is the decree that the Most High has issued against my lord the king:  You will be driven away from mankind, and your dwelling will be with the beasts of the field. You will feed on grass like an ox and be drenched with the dew of heaven, and seven times shall pass you by, until you acknowledge that the Most High rules over the kingdom of mankind and gives it to whom He wishes. As for the command to leave the stump of the tree with its roots, your kingdom will be restored to you as soon as you acknowledge that Heaven rules.”

In the old Ancient Greek text translated from the Phoenician/Hebrew, the darkness can also be translated as ignorance, wickedness, misery, destruction, and death. While the chains which bound these people like Daniel is variously translated as barzel or ubarzel in the original Phoenician. Many interpreters who study the doctored script, ignorantly claim this world means iron, but this is not the true meaning. 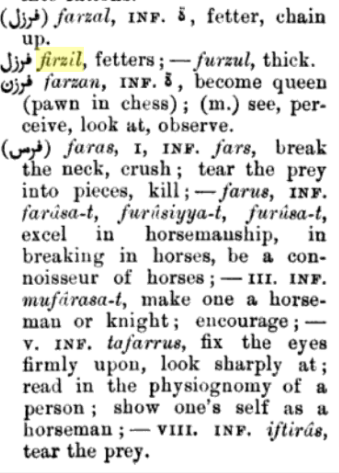 Barzel or Parzel is also related to the modern English, parcel which means a thing or collection of things wrapped or packed up; small package; bundle or land that has been sectioned off. It can also mean a wrap (rope) which mariners use with strips of tarred canvas, before binding it with yarn as part of a traditional technique to reduce chafing. 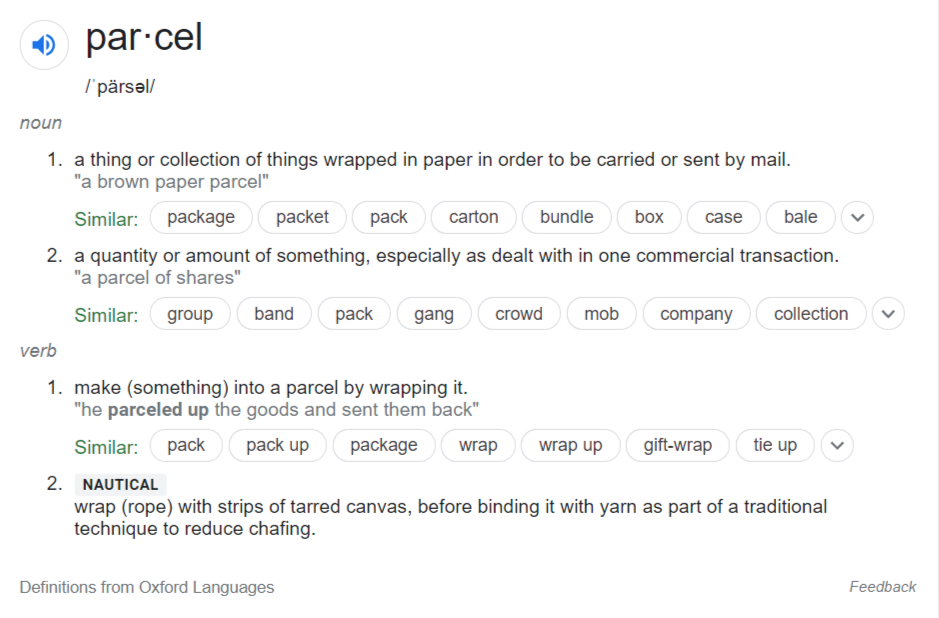 These words, barzel or parzel can also be connected to the Demon of the Wind and Prince of the Lower Aerial Kingdoms named Pazrael or Pazula also spelled Fazuzu, and Pazuza. A demon who is said to control the west and southwest winds bringing famine and locusts.

In the Scripture, the desert and demons of the wind are some of the most formidable foes of humankind like those found in Leviticus xvi. 9 which specifically gives the name of one desert demon to Azazel, and in Isaiah 34 to Lilith and to several demons of the same class.

Hence, we must understand by “the band” the chains by which the unfortunate king would be confined is metaphorically speaking of fetters and not actual iron chains. The word fetter is also tied to the Latin word fetor and fetid – meaning stench or a strong smell of which Francis Bacon said is related to putrefaction or moldy. 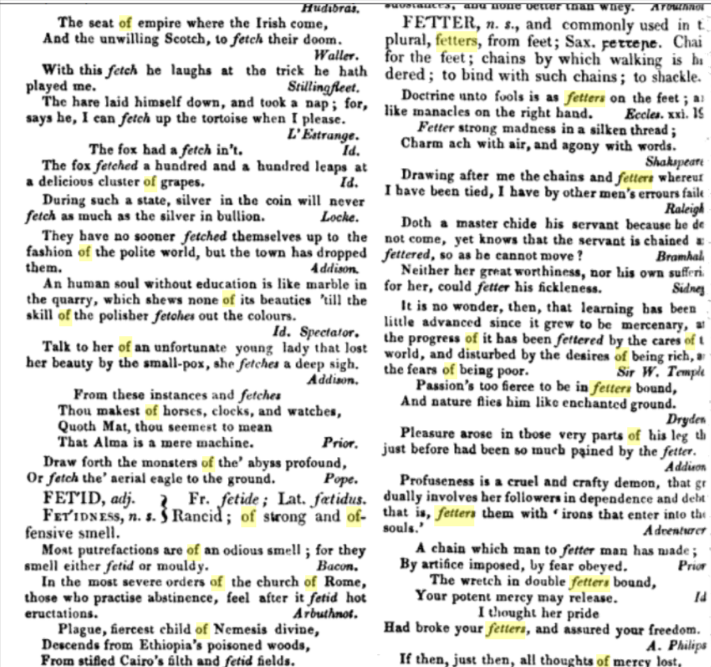 Fetters are also connected to fools, and the unwise who have them up on their feet while learning is to wise men as an ornament of gold as we learn in Ecclesiasticus 21:16-21;

“As is a house that is destroyed, so is wisdom to a fool: and the knowledge of the unwise is as talk without sense. Doctrine unto fools is as fetters on the feet, and like manacles on the right hand. A fool lifteth up his voice with laughter, but a wise man doth scarce smile a little. Learning is unto a wise man as an ornament of gold, and like a bracelet upon his right arm.”

These chains i.e., fetters, were under the control of unclean spirits, and they restrained and seized demons.

For example, in Luke 8:29, we learn, “For Jesus had commanded the unclean spirit to come out of the man. Many times it had seized him, and though he was bound with chains and shackles, he had broken the chains and been driven by the Demon into solitary places.” However, some of these demons could easily break the chains and could not be subdued as it is said in Mark 5:4-5;

“As for the command to leave the stump of the tree with its roots, your kingdom will be restored to you as soon as you acknowledge that Heaven rules.” (Daniel 4:26)

Nebuchadnezzar represented the sons of rebellion, the fallen ones who defy God like wild beasts, even though, all the while, he was drenched with blessings from heaven. This supernatural Dew God continues to send down upon the just and unjust to drive them to repentance and thanksgiving. A type of symbiotic relationship with the Dew that can also become parasitic, issuing our punishments according to our deeds.

In contrast to the people who have rebelled against the Most High God, i.e. the Beasts (Behemoths/Behemoths/Fallen Angels/Demons) who lived chained (fetters/molds/fungi) in darkness and ignorance, in Proverbs, a wise man is compared to a fountain and tree of life, whose words and deeds refresh and encourage.

The Dew ie, oil or manna, is a symbol of the Holy Spirit associated with light, knowledge, and everlasting life throughout the Scripture. A reminder to God’s people of the death and resurrection of Christ. Dew is connected with the outpouring of the Holy Spirit or the anointing of the head, which is symbolized by the pouring of water or fire in Baptism. The rite of induction into the priesthood — in the New Covenant, baptism. Baptism is also our induction into the Body of Christ. Psalm 133 stresses the unity of God’s people as they are ingrafted into the priesthood of the Greater Aaron, and share in the “one baptism” — the Baptism of Christ.

Dew is also a symbol of a metaphysical oil or manna involved in Baptism, the resurrection of the dead who live in the Dust but are awakened in the morning to become God’s people, and the washing of regeneration and renewal of the earth.

“We were with child; we writhed in pain, but we gave birth to wind. We have given no salvation to the earth nor brought any life into the world. 19Your dead will live; their bodies will rise. Awake and sing, you who dwell in the Dust! For your Dew is like the Dew of the morning, and the earth will bring forth her dead. Go, my people, enter your rooms and shut your doors behind you. Hide yourselves a little while until the wrath has passed.”

The Dew of heaven is a symbol of God’s blessings in general. Jacob received the blessings as the firstborn; Isaac promised Jacob that as the earth would produce its fatness of grain and new wine, the heavens would also create Dew (Gen. 27:27-29). Thus when Jacob is restored to God’s favor after the exile, they receive the blessings of Jacob, including the promise of Dew (Zech. 12:8) again.

The word Dew is variously translated as Tal, Dal, Del, Yal, Zal, or Zel in the Scripture. The Oxford Dictionary also lists the Old English dæl, of Germanic origin; related to Old Norse dalr, Dutch dal, and German Tal, also to dell. In ancient literature, Dadal is the name of an Akadian Fish God. It is connected to the Arabic Zal.

From Zal or Zel, we find the Demon called Azazel from Leviticus in the Scripture and The Book of Enoch. He is among the chief of the spirits by whose doctrine and influence the earth was corrupted in the book of Enoch. According to some of the Church Fathers, Azazel is connected to Satan or the Devil and many biblical interpreters translated the name as “scapegoat” in Leviticus xvi, 8, 10.

Amongst the Ancient Gnostics, there is the God Yaldabaoth, who is first mentioned in “The Cosmos, Chaos, and the Underworld” as one of the twelve angels to come “into being [to] rule over chaos and the [underworld]”. In the “Gospel of Nicodemus,” Yaldabaoth is called Satan. In the Nag Hammadi Library under The Apocryphon of John (The Secret Book of John – The Secret Revelation of John), it states that Yaldabaoth is the Chief Archon created by the Goddess Sophia in the “form of a lion-faced serpent, with its eyes were like lightning fires which flash. In Pistis-Sophia, Yaldabaoth is spoken of as residing in the “Great Chaos which is the Outer Mist”, where, with his Forty-nine Daemons, he tortures wicked souls (pg. 382).

In old magical books, he was the Chief demon presiding over the elements, elementals, or what I would call today – Chief of the fungi/mold Kingdom.

We find the name Dal in the Dál Riata, Dál Riada or Dalriada Scots, which was a Gaelic kingdom that encompassed the western seaboard of Scotland and the north-eastern corner of Ireland in the 6th and 7th centuries, it covered what is now Argyll in Scotland and part of County Antrim in Northern Ireland.

“For this is what the LORD has told me: “I will quietly look on from My dwelling place, like shimmering heat in the sunshine, like a cloud of dew in the heat of harvest.” (Isaiah 18:4)

The LORD extends Your mighty scepter from Zion: “Rule in the midst of Your enemies.” 3Your people shall be willing on Your day of battle. Arrayed in holy splendor, from the womb of the dawn to You belong the Dew of Your youth. The LORD has sworn and will not change His mind: “You are a priest forever in the order of Melchizedek.” (Psalm 110:3)