by Moe | History of the Brotherhood, Illuminati | 2 comments

The Ides of March (Latin: Idus Martii or Idus Martiae) signifies the date of March 15th on which the Pontifex Maximus (Pope) of 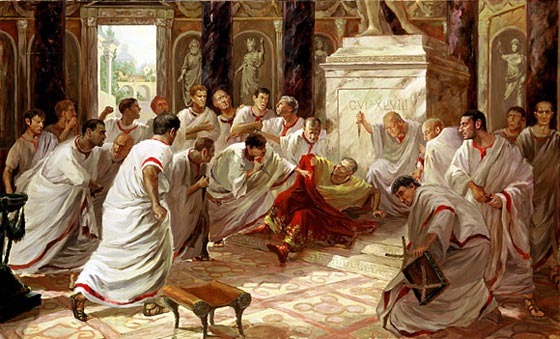 Rome, Julius Caesar was assassinated at a meeting of the senate in the year 44 BC. His killers had been composed of approximately 60 Roman Senators who had conspired with the leaders of the murder plot, Cassius and Brutus. Caesar was stabbed a total of 23 times, which ultimately led to his death.

The murder of Julius had occurred shortly after the Roman Senate had named Caesar dictator perpetuo (“dictator in perpetuity”). Essentially making him the King (Rex) of Rome. Coins called ‘denarius’ were minted in his honor, with his likeness on one side, and with an image of the goddess Ceres and Caesar’s title of Augur Pontifex Maximus on the reverse. He received these honors in the year 44 BC  in the Temple of Venus Genetrix, and rather than rising to meet those who were honoring Julius, he defiantly remained seated. 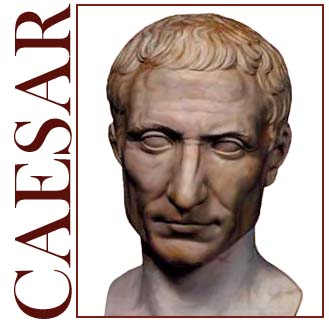 Although the Senate declared Julius Caesar dictator in perpetuity which essentially made him a king and Rome no longer a Republic, there were many Senators who had secretly despised this new title for Julius. The thought of Caesar becoming the defacto king of Rome was incomprehensible to them. This great divide in the Senate later turned into a conspiracy to kill Julius in order to prevent him from ruling over them as a king.

One of Julius Caesar’s killers was Brutus who also happened to be his own son, and he was only 15 years his junior. The name Brutus is derived from the Latin word Bruttii which means ‘rebels.’ When Caesar was being attacked on the Senate floor, it is said his son Brutus was the last man to stab his father, and which may have been the wound that had killed him. When Julius had saw his own son as being one of his assassins, he had said, ‘And are you among them, my son?’

The son of Julius Caesar, Brutus was now well known as a rebel murderer who had fled Rome to the country of Gaul, which is now modern day France. It was in Gaul, where Brutus had tried to govern and plan his defense against the Romans. However, later his plans and governorship would begin to fall apart for various reasons, and his own army began to rebel. Rather than be killed by his foes, Brutus had chosen to commit suicide by throwing himself on the point of his sword and thus dying at age 44. The same age of the death of his father Julius.

JULIUS IS DECLARED GOD, AND AUGUSTUS THE SON OF GOD

Julius Caesar had said during his lifetime that his father was Jupiter and his mother, Venus. He was a high priest in the Priesthood 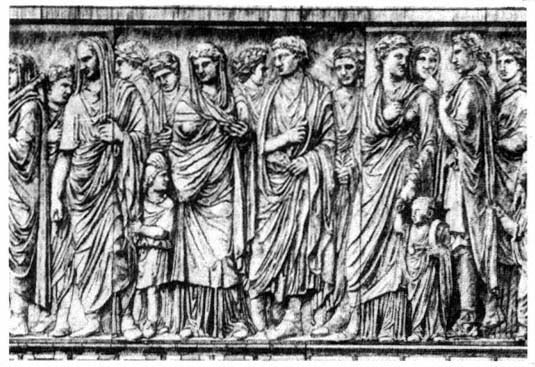 of Jupiter, and also the last Pontifex Maximus (Pope) of the Roman Republic in the 5th Age. Jupiter was known in Rome as Jove and was the most worshipped Roman God. The death of Julius signified the ending of the 5th Age under the Old Testament (Old Law), and the beginning of the 6th Age. An Age in which one of his sons, Octavian Caesar would become the first official Pontifex Maximus (Pope) of the 6th Age after conquering the Greco-Egyptians in 8AD. A date thereafter, that the whole world would be subject to the Roman Julian calendar, and the law of the Caesars which would be upheld by the Pope who is the Vicar of Christ. Octavian would then change his name to Augustus meaning “great or venerable.”

After the death Of Julius Caesar, he would be known as “Divus Iulius” (Latin for “Julius is God”), and his son Augustus would  become Divi Filius (Latin for the “Son of a God”) because he had brought in the Age of Pax Romona. These Latin names for the Father Caesar and Son were ordained first after Julius Caesar by his senatorial consecration as Divus Iulius in 42 BC; the dictator perpetuo bore the posthumous name Imperator Gaius Iulius Caesar Divus (IMP•C•IVLIVS•CAESAR•DIVVS, best translated as “Commander [and] God Gaius Julius Caesar”), which is mostly given as his official historical name.

SACRIFICING HUMANS TO JULIUS CAESAR OR THE IDES OR MARCH:

When Octavian had become Pontifex Maximus and Roman Emperor, he had commissioned an altar to be erected in honor of Julius  Caesar in Rome at the Campus Martins. It was at this altar in the Ides of March, when after Octavian Caesar had subdued Mark Antony (L. Antonius), he had ordered the 300 senators and knights found guilty in the conspiracy of the murder of his father to be sacrificed at the altar of Julius. From this time thereafter, it was said a Greek man and woman would be sacrificed at Ides to honor Julius by the flamen of Mars.

The death of Julius Caesar would forever be immortalized on the Julian calendar, honoring Julius Caesar as a God by the advent of an official Roman Holiday that would be celebrated on the anniversary of Caesar’s death now known as the Ides of March. Other months would be included as the Ides occurring on the 15th day of various months throughout the year such as May, July, and in the month of January, Ides would be celebrated on the 13th.

Before the time of Julius and Age of Augustus, Rome did not have any obelisks like those that have be found in places like Egypt. But after Rome had conquered Greco-Egypt, Augustus had ordered that some of these obelisks be transported to Rome. Pliny had said  two obelisks were erected in the Campus Martius at Rome in the Port at the Temple of Caesar.

These obelisks had came from Alexandria, and were the work of the ancient king, Manetho of the 18th dynasty. They were dedicated to Rome’s subjugation of Egypt and Greece and are known as the “obelisk of Caesar,” and is said to contain the ashes of Julius. There are now 8 ancient Egyptian, and five ancient Roman obelisks in Rome. After the death of Augustus, Roman Emperor Tiberius had dedicated another obelisk to honor Augustus. 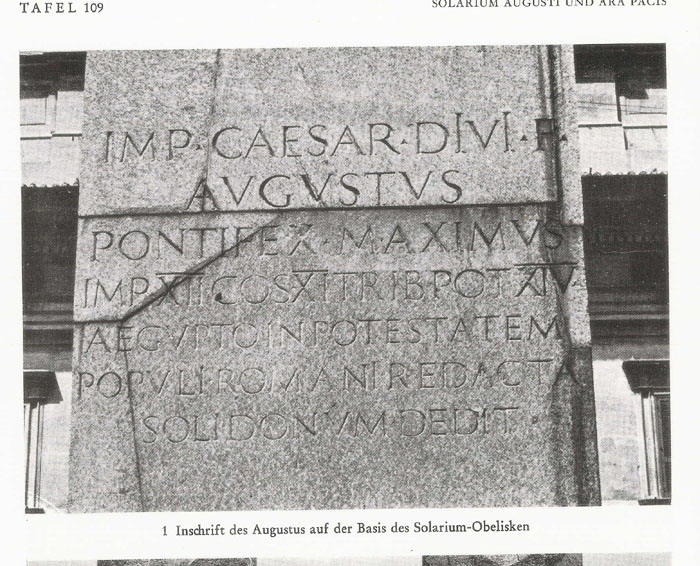 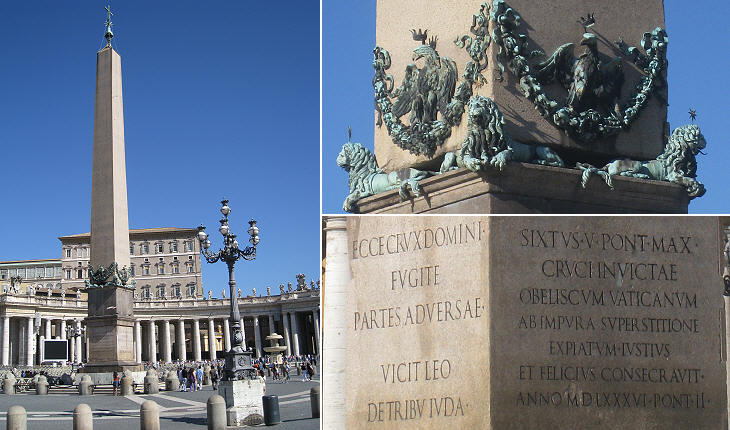 IDES ON OUR CALENDAR:

IDES OF MARCH IN HISTORY:

I will conclude this article with the dialogue between Julius Caesar and a soothsayer on the day of his murder:

1. All my sources are open source and non-copyrighted

3. The Twelve Egyptian Obelisks in Rome: Their History  By John Henry Parke