Pythagoras: ‘The whole air is filled with souls which are called geni or heroes’

It was said Pythagoras and the Pythagoreans had once claimed, “The whole air is full of souls which are called genii or heroes.” They also believed that these souls in the air affected our thoughts, dreams and sent omens of health, sickness and disease. 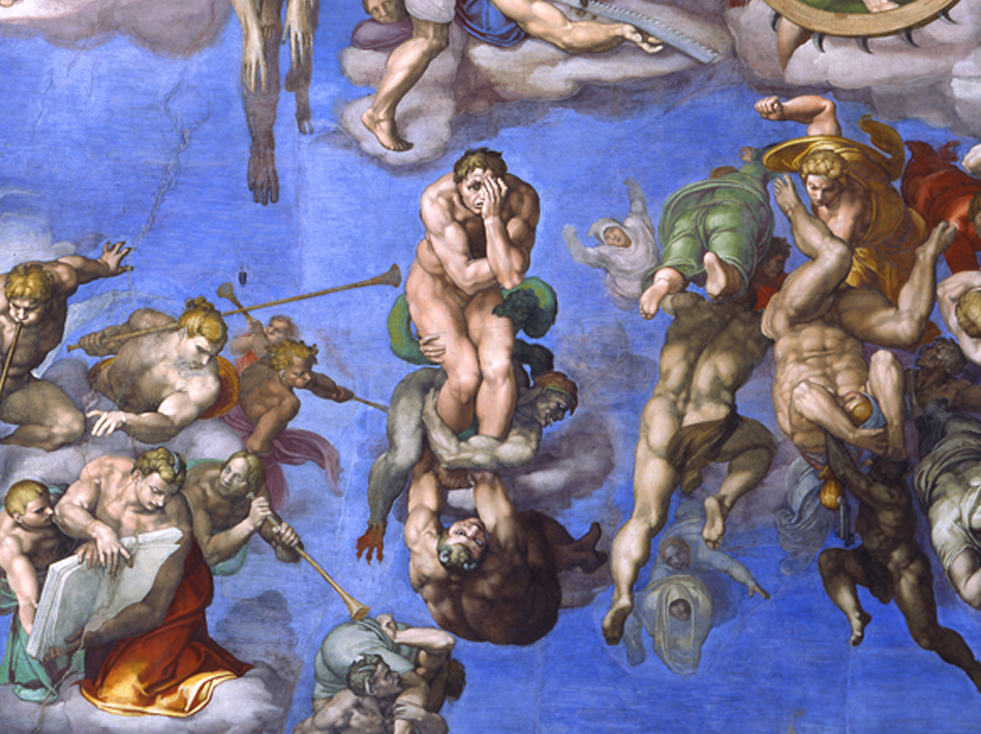 These ancient teachings were sometimes known as the Doctrine of the Transmigration of Souls or Doctrine of Disembodied Spirits.

so Pythagoras and his followers devised teachings and a moral code in order to transmigrate their souls to heaven as a purifying process (ie: refrain from sin). The Pythagoreans regarded these doctrines as the central focus of their teachings in which they sought to purify themselves (ie: their souls) through knowledge (Gnosis), and a strict moral code enforced by daily rituals and discipline.

According to one of the greatest philosophers of all time, Aristotle (384–322 B.C.E.), they were the first who determined anything in moral philosophy. (Eth. Magn., i. 1) The word philosophy was also said to be first coined by Pythagoras who for doing so is known amongst most philosophers as the “First Philosopher.” To be a philosophy and philosopher are derived from the Greek philo, meaning love and sophia, which means wisdom for a philosopher is a lover of wisdom.

The English word moral is from the Latin mōrālis and Ancient Greek ἠθικός (ēthikós). The Pythagoreans believed that in order to purify oneself and help protect themselves from souls in the air who bring us bad omens, sickness and disease, an initiate must have good morals and ethics.

To live immorally was to be in disharmony with the universe. This caused a person to live in disorder and chaos which the Pythagoreans described as the lower regions or air.  By doing so, a person is subject to the bad, evil and or Demonic disembodied spirits of the lower regions of the air.

Today we see of many of these ancient teachings in the Gnostic religion of Christianity.

In the Christian sense, to live immorally and disharmony meant to live in sin and you were thus subject to Satan and his demons. Today, we can witness this disharmony with the universe in our modern industrial world with hundreds of millions of people whose souls are being abused and are suffering from mental illness and depression (ie: they are subject to the spirits/souls of bad heroes/demons in the lower regions).

We find a later version of Pythagoras’ quote, “the whole air is filled with souls” in the Christian  Scripture when Saint Paul refers to them as wicked spirits of the air in high places in Ephesians 6:11-13;

“Put on the whole armor of God, that ye may be able to stand against the wiles of the devil. For we wrestle not against flesh and blood:” we contend not with men only, “but against principalities, against powers, against the rulers of the darkness of this world, against spiritual wickedness in high places.”

“That is, against wicked spirits, that are in the upper regions above, or in the air, as he plainly expresseth it, ch. ii. 2, ” Wherein, in time past, ye walked, according to the ‘course of this world,’ according to the prince of the spirit that now worketh in the children of disobedience.”