The Meaning of Idea

by Moe | Meaning of Words | 0 comments

The English word idea means, “to conceive anything in the mind; also a model, a copy to be imitated.”

Not many people know that the words idol, doll, ideal, and idyll are all derived from the word “idea.”

In Norse mythology, Ideas’ name is Idun (Iðunn) and is a goddess associated with apples and youth. The name Ida is found in England as Ada, Ida or Edith which all mean rich-gift, blessing, or happiness. The Hebrew name Adah signifies ornament.

To the ancient Greeks, the word idea was spelled “εἴδω or eídō” and was pronounced I-do. The verb oida (to know) comes from the root eido (to see).

In Plato’s philosophy, he calls the more real world, the world of eidos (idea in English) which is the Matrix or material reality constructed by man through ‘Forms’ or ‘Ideas’. This is the Platonic Eidos or Idea.

Plato makes eidos one of the main philosophical concepts and is the main premise behind  “The theory of Forms or theory of Ideas” which represent the most accurate reality.

The Greek words found in the New Testament that are often translated in English as “know” and “to see” are “eido, eida, eidos, oida, ida, ginosko, epiginosko, epistamai, gnosis and epignosis.” These words have the same semantic range and general meaning as the Greek words “ginosko and eido” are translated as, “to observe or to come to know through observation – to perceive and understand.”

I would like to point out that all these mythologies, philosophies, theologies, and names all derive from the ancient Holy Island of Crete.

The Greek historian and author who lived in the time of Julius and Augustus Caesar, Diodorus Siculus had even said  Crete was once also known by the name “Idea.”

This makes perfect sense because, from Crete, we have the birthplace of Western Civilization. The cradle of human ideas that were exported around the globe and also the home of the Oidamen – AKA Gnostics at Knossos – a word that in Greek means Gnosis and in English, knowledge. 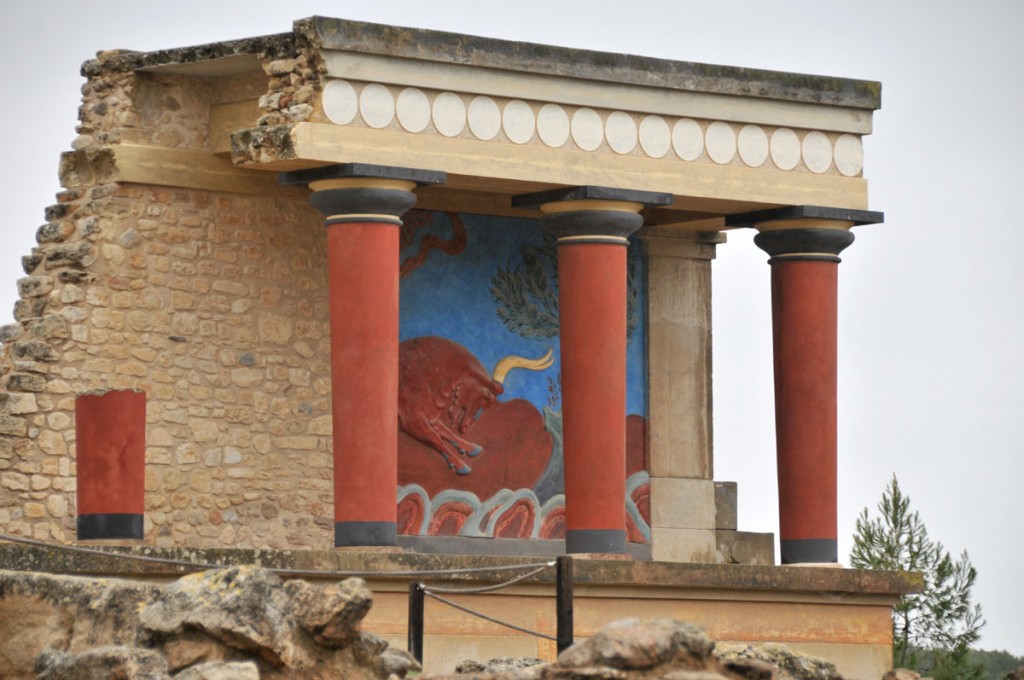 This is where we get modern English words that doctors like to use such as diagnosis, prognosis or hypnosis.

Even the word, ignorant (ignosis), lacking knowledge is derived from Gnosis. Are you under a spell of hypnosis by the black magickians who are causing you to be ignosis AKA ignorant?

Crete and Knosos, AKA the City of Gnosis was the cradle of European civilization beginning in approximately 1600-1400BC.

Crete, once known as Idea is the same place where you will find the birthplace of our modern writing and language system with the Linear A and B tablets.

An island of Cainanites that mass-produced idols and dolls like you see here.

They were some of the first people to mass produce and export products worldwide on their massive shipping fleet. Things like wine, beer, olive oil, beer and books were shipped globally to trade and sell.

That should be of no surprise to some of you since the word Crete also means to create.

To create anything in the material world, a person must first conceive an image or representation in the mind. These were some of the first white magicians told about by Plato in the legends of Atlantis in his book “Criteas” or should we just say, “Crete.”

Siculus had said that Jupiter was the first king who reigned in Crete and he married Idea, who imparted her name to the whole island, and had by her a son named Cres, who was one of the Curetes, and succeeded his father in the kingdom.

The Curetes were, according to Euripides, were all sons of this Jupiter. The Greek historian, Pliny had said that the ancient Cretans were called Curetes, and that their king was Philistides (2). Diodorus had written, “the Cretans have traditions that the Titans came to their island in the time of the Curetes.”

There is a famous mountain in Crete called Ida where the Curetes were said to hide the infant Jupiter (Zeus). The first century Jewish Historian Josephus calls them the Jud or the Judeans (Idumean) of Mount Ida, who we can connect to the biblical Tribe of Idaei, AKA Judah.

This story is also passed down to us in ancient Greek mythology, Ida or Ide, the nymph of Mount Ida and one of the nurses of Zeus who is Jupiter. Ida is also the daughter of Corybas and mother of Minos, the famous lawgiver of Crete.

By the way, Josephus’ 4th wife was a princess from Crete. Her name was Mariam or Mary.

The Messiah Jesus was from the Tribe of Judah. His mother was Mary and his Father Joseph.