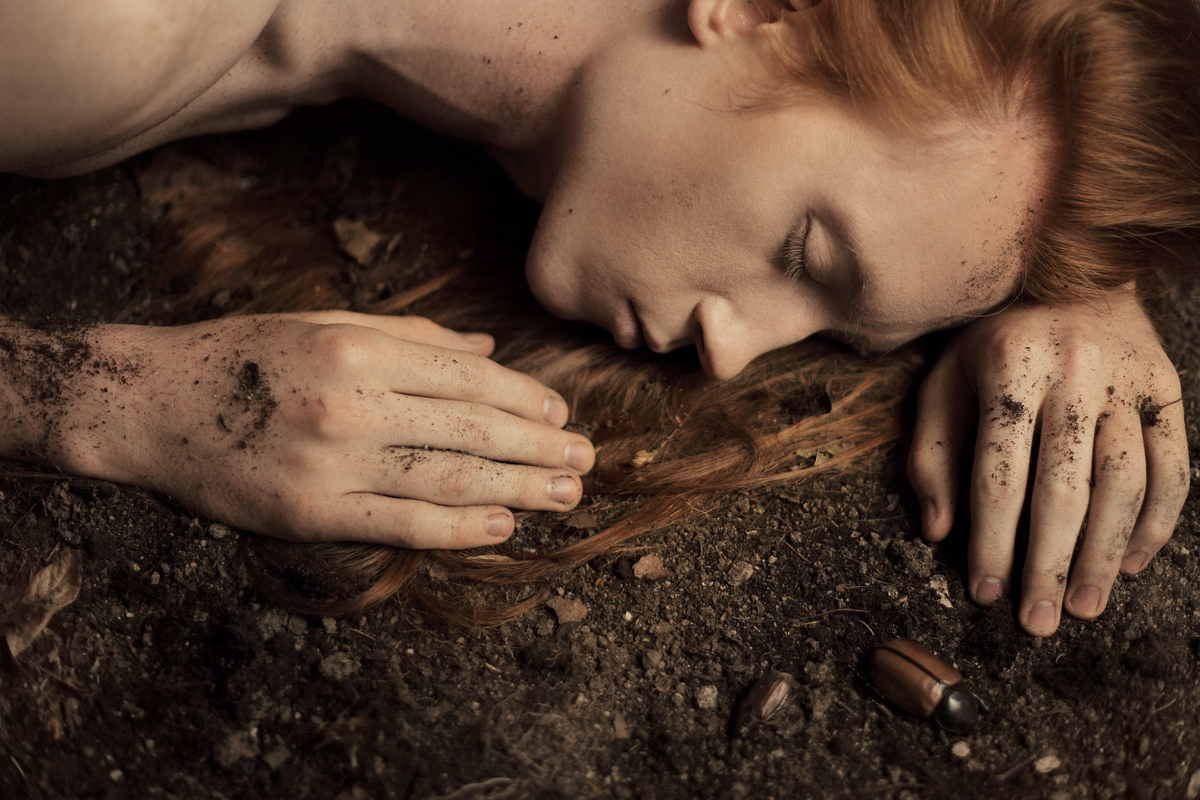 Before I begin, it is important to note that the original Greek scripture that was later changed into Latin had used a different word for dust than our modern English version. In addition, many of the words and meanings have been purposely doctored over centuries. Mainly due to the Doctors of the Catholic Church who were tasked with rewriting the books of the Bible. For example, the Greek Septuagint rendering of this Biblical passage from Daniel 12:2 above is, “And many that sleep in the breadth (πλάτει) of the earth shall arise, some to life eternal, and some to reproach, some to dispersion (διασπορὰν) and eternal shame.”

This was done so that the average person or the profane could not easily decipher the encoded secret philosophies, history, and science that were contained within its pages. Hence, “The Secret Rites of Gnosis Controlled by the Church and Secret Societies.” Oh, and might I also add the CIA, MI6, KGB, and Mossad in modern times.

As Francis Bacon once said, “knowledge is power” and more recently, Tom Clancy puts Bacon’s quote in proper perspective when he said, “The control of information is something the elite always does, particularly in a despotic form of government. Information, knowledge, is power. If you can control information, you can control people.”

Yes, there is nothing new under the Gnostic sun but the cover of darkness via black magic.

Over the years, I have decoded many Biblical passages to their original meanings. As a result, I now understand that there is a hidden science encoded into the Scripture that was once lost and is now being revealed. I have proven this in many of the numerous essays that I give freely on this website, time and time again.

Hence, if you sleep in the dust and are not illuminated to these facts, you must awake to this Gnosis to have everlasting life. Therefore, we must understand this simple fact as we attempt to bring light to this age in which they are finally being revealed. For example, as it relates to the English word ‘dust’ in the current translations of the Scripture, the actual word used thousands of years ago was apar or aphar, which was changed to sperma in the Greek Septuagint. I will attempt to decipher these words and their proper meanings later in this essay.

In the Scripture, dust is a material that has the ability to not only create man, it could also make men appear dead or asleep (unaware, ignorant, unenlightened) of their true nature. As it is said both in the Book of Daniel above and in Isaiah 26:19 – “Thy dead men shall live, together with my dead body shall they arise. Awake and sing, ye that dwell in dust: for thy dew is as the dew of herbs, and the earth shall cast out the dead.”

This dust was also what God had used to form and create man (Genesis 2:7), “For he knoweth our frame; he remembereth that we are dust” (Genesis 18:27 Job 4:19, etc.). In a previous article, The Lord God formed man of the dust: Dust’ is the Building Block of All Vertebrate Genomes, I explain how scientists recently discovered genetic code (DNA) in tiny particles of dust that are the building blocks for all animal vertebrates, including humans.

As the Bible tells us, this so-called dust is part of our human biology and has a supernatural ability to not only graft into our DNA, it is connected to touchable darkness and can also be cursed, cause plagues, rain from the sky, and when we die, this dust takes us into the grave.

The cursing of the ground is another ancient black magic art that I have also researched and in more modern times, we can look to the Native American Indians as I have also shown would perform curses upon the soil/fungi/molds. I explain this phenomenon in my essay, “Daytona Demons: Native American Curses and Spiritual Warfare.”

This dust could also rain from the sky and destroy you as we learn in Deuteronomy, “The sky over your head will be bronze, and the earth beneath you iron. The LORD will turn the rain of your land into dust and powder; it will descend on you from the sky until you are destroyed. The LORD will cause you to be defeated before your enemies. You will march out against them in one direction but flee from them in seven. You will be an object of horror to all the kingdoms of the earth.”

As I also had explained in another previous article relating to dust and the Scripture about the Third Plague of Egypt was the result of fungus gnats after the Phoenician (Hebrew) lawgiver and Levite Priest, Moses, tells his Brother Aaron to use his staff to strike the dust.

It doesn’t take a rocket scientist or even a biblical scholar to understand the science of dust, but a microbiologist or great researcher to know that it is not the dust that created man could be cursed and make people as if they sleep when they are allegedly awake. Instead, the microorganisms contained within its tiny fine particles and that also make up approximately 97% of our DNA that the Bible is genuinely speaking of.

In regards to the meaning of Daniel and in particular, the “dust of the earth,” as I mentioned above, the modern English word ‘dust’ was changed overtime from apar or aphar, which was changed to sperma in the Greek Septuagint. Biblical scholars like Professor Robertson Smith have suggested that instead of reading ‘admath ‘aphar, we should read ‘armath ‘aphar – aram in Arabic meaning a “cairn” or “mound.”

The word apar or aphar can also be interpreted as ‘mud.’ As I explained in my many of my previous essays such as, The Theology of the Phoenicians from Sanchoniatho, the historian and a priest of Byblos (City of the Book/Bible), Sanchuniathon (Phoenician: 𐤎𐤊𐤍𐤉𐤕𐤍) said the word Môt was a Semitic word for ‘Death’ but may also mean ‘mud’ which some call Ilus (Mud), but others the putrefaction of a watery mixture. And from this sprung all the seed (sperma) of the creation and the generation of the universe.

The Strong’s Exhaustive Concordance lists the word Mot as meaning, “be carried, cast, be cast out of, befallen in decay, exceedingly, falling down.” The modern word for death in Spanish is Muerte, in Latin, it is mortem, morte in Italian and Portuguese, in Romanian, it is moarte, Arabic is maut, in Sanskrit mirtiu, and in Persian, it’s faut. From mot where we get the words like moth, motion, motive, motley, and of course, mold, molded, and mucus which all spring from Môt AKA putrefaction and mold.

With that said, those that “sleep in the dust” that shall thus “awake” is the resurrection and illumination of the mind whose condition was brought into a waking sleep and Beasts (Bĕhēmôt or Behemoth) like existence by the state black magicians over the last 2,000 plus years who must cease their enslavement of “my people.”

For those that doeth evil, judgment awaits. For it is proclaimed in John 5:28-29, “And He has given Him authority to execute judgment because He is the Son of Man. Do not be amazed at this, for the hour is coming when all who are in their graves will hear His voice and come out—those who have done good to the resurrection of life, and those who have done evil to the resurrection of judgment.”

As it is said in Daniel 12:2-3, “Then the wise will shine like the brightness of the heavens, and those who lead many to righteousness will shine like the stars forever and ever.” But you, Daniel, shut up these words and seal the book until the time of the end. Many will roam to and fro and knowledge (Gnosis) will increase.”

We learn in Revelation 22:12 – “And as he hath given the fullest assurance that there is a reward for the righteous; so he hath assured us also that it will be augmented, in proportion as men have labored to be more extensively useful, and to advance the real and best interests of their fellow-creatures, namely, their spiritual and eternal interests.”

And my True Brothers around the world proclaimed, “AMEN!