Asmodeus: The King of Demons

The King of Demons is named Asmodeus (Ashmedai). According to the Kabbalah, Asmodeus is a 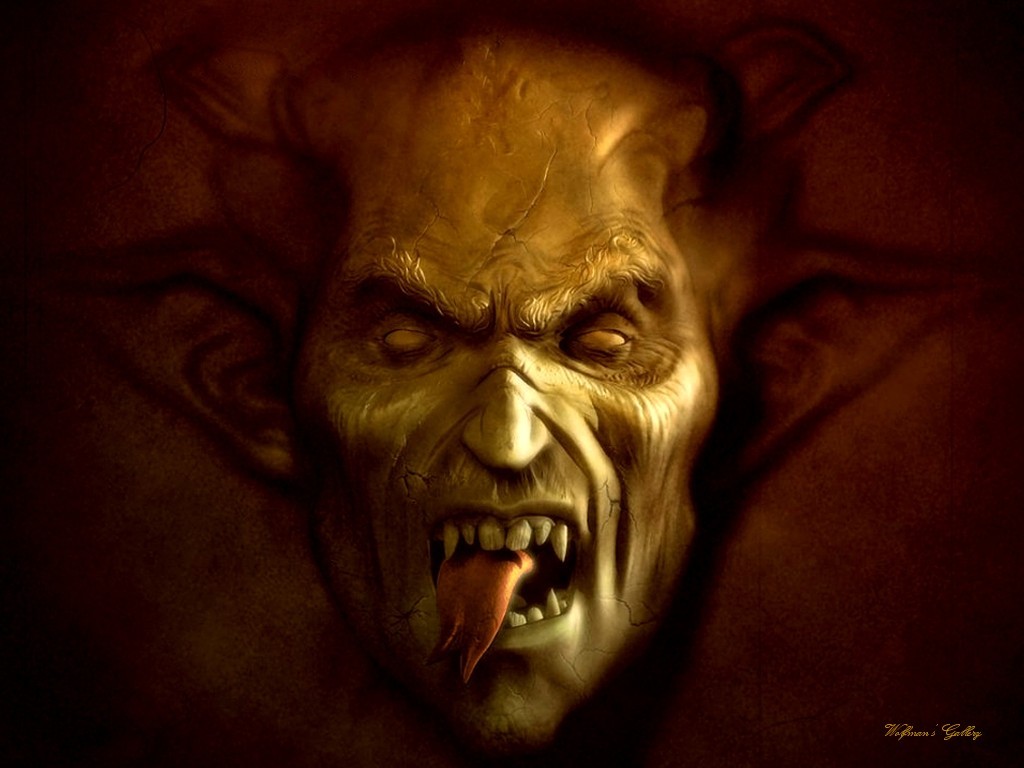 cambion, born as the result of a union between King David, and the Queen of Demons named Agrat Bat Mahlat who was a succubus. David was the second king of the United Kingdom of Israel and Judah, and also an ancestor of Jesus. Agrat Bat Mahlat was a female demon who is referred to as succubus, and who appears in dreams and takes the form of a woman in order to seduce men, usually through sexual activity. The male counterpart is the incubus.

In the story of King Solomon, it is said that Asmodeus had deprived the king of his wisdom and then drove Solomon out of his kingdom where the demon took his place. However, later Solomon had recovered his wisdom, and then had chained Asmodeus as a servant to help him in building his Temple. Armed with the signet ring of Solomon he ordered Asmodeus to bring unto him Shamir (the worm).

Shamir is said in the Talmud to be as big as a barley-corn, to have been created in the six-days of the Creation, and kept in a box, like the treasure of Pandora. The barleycorn is the smallest Anglo-Saxon unit of length which would make this worm almost invisible to the naked eye. Asmodeus told Solomon that the shamir was given by God to the Angel of the Sea, and that Angel entrusted none with the shamir except the moor-hen,” which had taken an oath to watch the shamir carefully

Masonic author Albert Gallatin Mackey, 33°, had written in the Encyclopedia Of Freemasonry about the worm Shamir and how “Moses engraved the names of the twelve tribes on the stones of the breastplate by means of the blood of the worm Shamir, whose solvent power was so great that it could corrode the hardest substances. 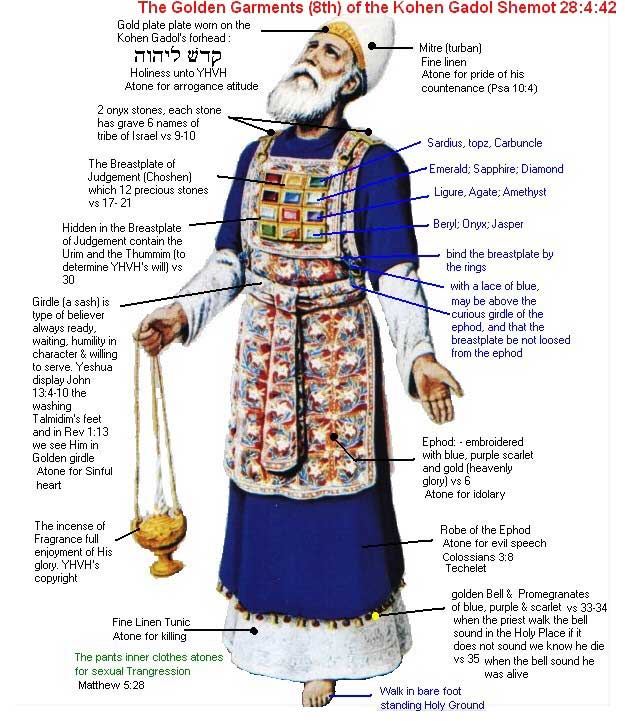 means of the blood of the worm Shamir, whose solvent power was so great that it could corrode the hardest substances. When Solomon was about to build the Temple of stones without the use of any metallic implement, he was desirous of obtaining this potent blood; but the knowledge of the source whence Moses had derived it had been lost by the lapse of time.”

This biblical legend of how King Solomon had controlled the King of Demons, Asmodeus, and the worm Shamir who was given by God to the Angel of the Sea whose blood could corrode the hardest of substances, is simply an ancient biblical story about alchemy. Solomon the wise king was a magician who had figured out how to control his workers with the demons of alchemical gaseous means and subsequent worms that are the result of such magic. Workers who are but worms being controlled by the signet ring of Solomon, or the Pharaoh’s crown with the cobra and vulture.

These alchemical facts make sense when you understand the stories of the demon Asmodeus found in the book, Tobit, where he bears the title “King of the Demons (Hebrew: Shedim).” He is referred to as murderous and lustful (v. 14); and “the destroyer,” from ‘shamad, “to destroy.” He incites gambling, and is the overseer of all the gambling houses in the court of Hell. Asmodeus has 72 legions of demons under his command, and he is one of the Kings of Hell under the official Emperor Lucifer. 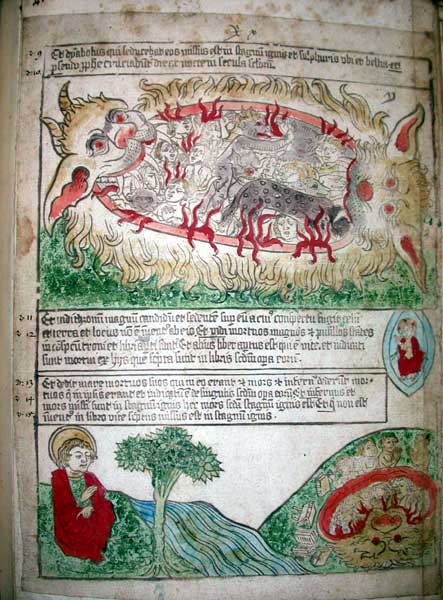 The  King of Demons, Asmodeus controls the bitter alchemical gas energies in humans that causes people to become immoral, lustful, prideful and/or sick which breeds the worms shamir who controls their minds (blood and brain) until it destroys them. Self suicide by the controlling worm who then feeds on the rotting carcass of its victim as it returns into the soil to propagate the species.

This is not biblical hell fire preaching here, but a true modern science. Anyone today can Google search terms such as “worms taking over animals and insects” to discover a plethora of articles and studies detailing these facts; such as articles about tapeworms that take over the brains and actions of the animals and insects they infect.

A recent report in the Journal of Experimental Biology was completely dedicated to these parasites who turn their hosts into zombies. They said these parasites release chemicals or manipulate the genes of their host, changing their behaviors by changing the brain’s chemicals, or creating “sickness behaviors” in the infected host. Michael Dickinson, from the University of Washington, said in the article; “The fact that parasites can so efficiently alter host behavior is fascinating,” There is something horrifying and wondrous about a tiny ‘implant’ being able to control such a large animal machine.”

The demon Asmodeus who turns his hosts into zombies with the help of the mighty Shamir says, “I am called Asmodeus among mortals, and my business is to plot against the newly wedded, so that they may not know one another. And I sever them utterly by many calamities; and I waste away the beauty of virgins and estrange their hearts. . . . I transport men into fits of madness and desire when they have wives of their own, so that they leave them and go off by night and day to others that belong to other men; with the result that they commit sin and fall into murderous deeds.”

In the etymology of the names Asmodeus or Ashmedai, we can find a possible clue as to the true meaning of who this demon would represent. These names are composed of three words, ash or as, mo or me, and deus or dai. The meaning of the Hebrew word ash (aish or as), is fire or consumed by fire. The word mo or me, would mean gas, such as the word Am-mo-nia which is a volatile alkali; a substance in its purest form exists in a state of gas.

The Latin deus (feminine dea), meaning divine, such as a divinized emperor. The meaning of the word Ashem, smoke: or rather ash, fire, shem, station; “Station of Fire. Therefor the meaning of Asmodeus or Ashmedai would be “King or Emperor of the Consuming Fire Gas.” The same King who controls the demons like Shamir the worm, in which King Solomon controls using magic and his ring to help him build the Temple of Solomon. The worm who was placed in the sea (blood) by God, and whose blood corrodes the most hardest of substances like that of the Philosopher Stone.

The 7th century Pope, Gregory the Great named Asmodeus as an angel of the Order of Thrones. The Order of Thrones is the most influential Christian angelic hierarchy. A throne is some type of ceremonial chair for a sovereign, bishop, or similar figure. Hence, the King of Demons who is the Emperor of the Consuming Fire Gas is considered an angel in the church as he sits on the ceremonial chair as a sovereign.

This scientific explanation goes along with the legend which tells how Solomon sent Benaiah with a chain on which was written the magic word, ‘ Shem hammphorash,’ a fleece of wool and a skin of wine, to find Asmodeus who knew where Shamir was hidden. Asmodeus was to be found drinking from a huge cistern he had dug on a distant mountain. Benaiah undermined the cistern and made a hole in it. He then let the water off”, and plugged up the hole with the fleece of wool.”

The meaning of the word ‘cistern’ is a reservoir or receptacle of some natural fluid of the body. The 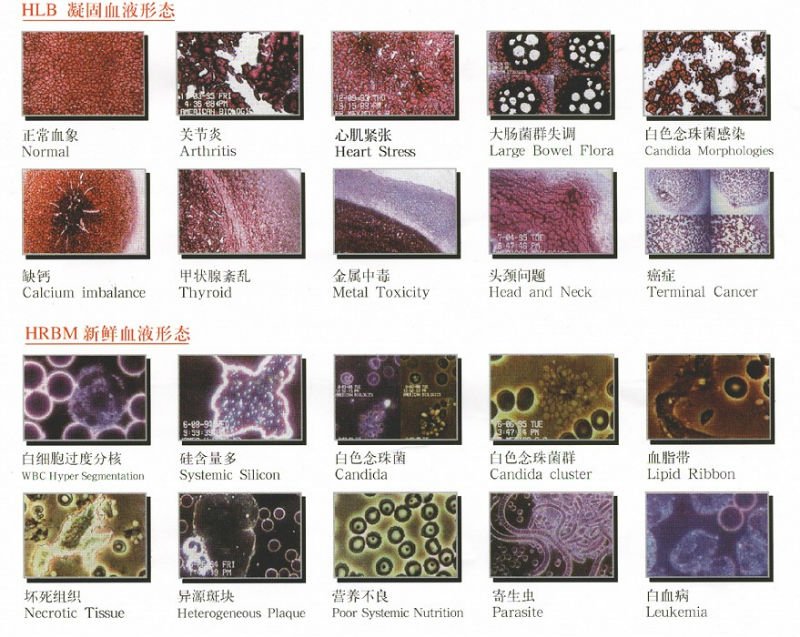 cistern is actually an allegorical word for our blood plasma. Blood plasma is what carries life and death to our bodily organs. It is the reservoir or receptacle of life-giving and saving water and chemicals, and also the transmitter of disease and death. This alchemical science is related in Jeremiah 2:13 where it is said; “For my people have committed two evils: they have forsaken me, the fountain of living waters, and hewed out cisterns for themselves, broken cisterns that can hold no water.”

When god says his people had hewn out cisterns for themselves, broken cisterns that can hold no water; he meant that they had turned away from god and the truth in order to follow their own selfish ambitions and live a worldly life. A life that will eventually change the very chemical make up of their blood into a living well of poison.

This is what causes the King of Demons and Emperor of the Consuming Fire Gas, Asmodeus to take over the human body and then unleash his little helper, the worm Shamir. The Solomonic legend further says, “He then poured in the wine in the place of the water. When Asmodeus came, and was compelled by thirst, although he suspected some guile, to drink the wine, Benaiah seized him when drunk and brought him in the magic chain to Solomon. Asmodeus told Solomon how the Prince of the Sea had given the worm or snake Shamir to the moor-hen who had taken it to the tops of the mountains, split the rocks with it, and injected the seeds of living plants into the soil thus obtained.” 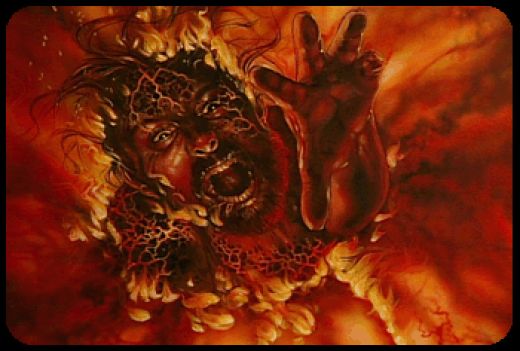 Asmodeus or Ashmedai is the alchemical emperor of the consuming fire gas that is a destroyer who causes men to commit sin and fall into murderous deeds. This gas I have determined to be sulfur dioxide, that in the bible is called brimstone, and that is the symbol of perpetual torment and destruction. Brimstone, is derived from the Old English (Saxon) Brenne-stone and is also called, quia igne accenditur;  a stone that burns or a burning stone. An alternative name for brimstone is sulfur, and the Old French word for Sulfur is derived from the Latin sulphur, meaning “to burn”.

This story of sulfur being the evil demon Asmodeus is related in the Book of Tobit by Tobias who was instructed by Raphael, burns on “the ashes of perfume” the heart and liver of the fish which he caught in the Tigris; ” the smell which the evil spirit had smelled, he fled into the utmost parts of Egypt, and the angel bound him” (Tob. viii. 3). Hence, the evil and repugnant smell of sulfur.

“Asmodeus with the fishy fume
That drove him, though enamored, from the spouse
Of Tobit’s son, and with a vengeance sent
Prom Media post to Egypt, there fast bound.”