Carl Jung: The Dead Have a Claim on Us

“What is the power of the individual against the voice of the whole people in him?” – Carl Jung, Liber Novus

Carl Jung had believed that communing and honoring with love our Ancestors and Spirits of the Dead was a way of tapping into the collective consciousness or what some call the Noosphere. Through this immortal journey into thyself and into the past ancestral genome contained within our DNA, Jung believed we reached salvation, which is our true selves. 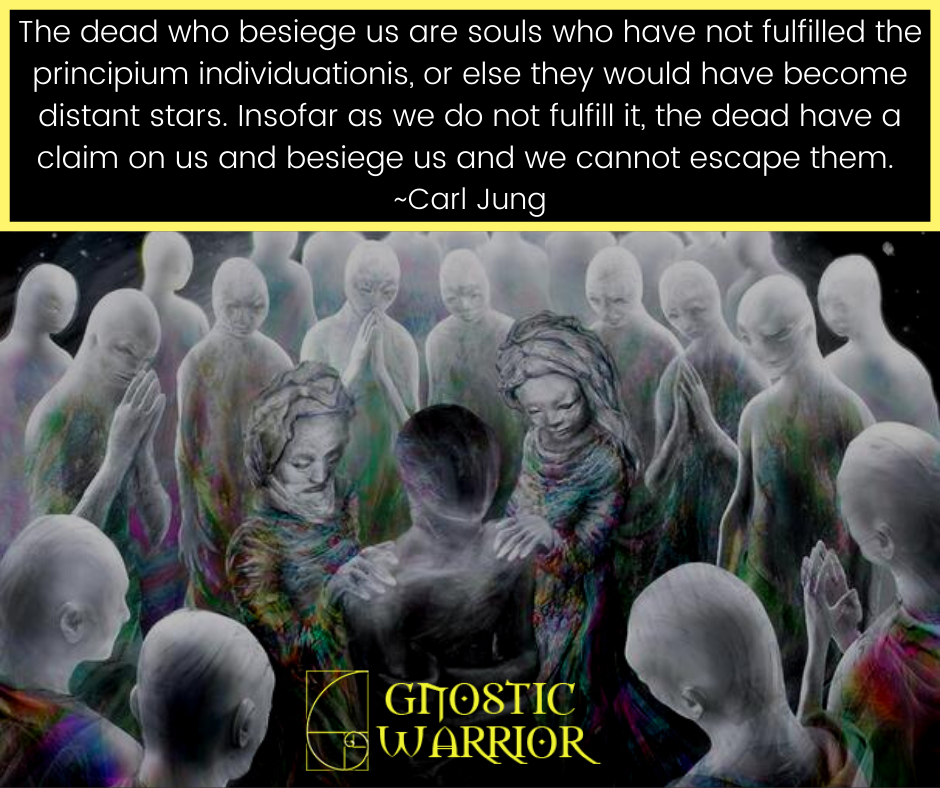 He also believed that our dead ancestors had a claim on our lives and souls and will torment those of their descendants who live by either causing misfortune and illness or bestowing gifts of health and prosperity. Almost as if our true consciousness, Gnosis, being, and ability to awaken from the dark night of the soul depended upon our ancestors’ proper reverendship.

For example, Jung had written in the Red Book;

The dead who besiege us are souls who have not fulfilled the principium individuationis, or else they would have become distant stars. Insofar as we do not fulfill it, the dead have a claim on us and besiege us and we cannot escape them. (Jung- The Red Book P.370)

Jung believed if you got it right, you would enjoy their good company and revelations to become a “bridge from the dead to the living” to be their “prophet or spokesperson.” Thus earning your right through honor, love, and communion to assist them in devoting part of your life to this collective unconscious or Noos in which you help them answer unanswered questions they were unable to complete while living and or carry on work where they had left off.

Almost as if our ancestors and we never die, but we live continuously through this consciousness/Noos of ideas that are not only contained within our very own DNA but that they were all around us and even our own homes at all times since ancient times. When we tap thyself, we awaken into their collective unconsciousness in our homes, lives, and the world Noosphere.

He warns us not to become blind spokespersons who are self-described prophets and thus stone themselves. The idea is to revere and accept the dead and carry on their work, giving it new meaning.

“Then turn to the dead listen to their lament and accept them with love. Be not their blind spokesman / there are prophets who in the end have stoned themselves.

But we seek salvation, and hence we need to revere what has become and to accept the dead, who have fluttered through the air and lived like bats under our roofs since time immemorial.

The new will be built on the old, and the meaning of what has become will become manifold. Our poverty in what has become you will thus deliver into the wealth of the future. (Liber Novus, Page 297)